The headwaters of the River Vartry rise on the east facing slopes between Djouce Mountain and White Hill and are joined by a further tributary which rises in Calary Bog under the Great Sugar Loaf Mountain in north County Wicklow.  It then flows into the Vartry Upper Reservoir, which is further fed by a number of small local streams and is impounded here by the reservoir dam.  A beautifully constructed overflow brings water through the embankment down through a man-made spillway into the Lower Reservoir.  The water is then drawn off to the filter beds below the R764 local road where it is treated for human consumption and enters the mains drinking water supply.

From the reservoir lakes, it flows east towards Ashford under the Annagolan Bridge and down through the Devil’s Glen. From there it passes under the Nun’s Cross Bridge (dating from the 18th century) on through Ashford, under the N11 road and continues eastwards into Broad Lough.  From here the short run of river through Wicklow Town is known as the Leitrim River and enters the sea in Wicklow Harbour.

In 1861 Parliament passed the Dublin Waterworks Act creating the project to dam the River Vartry in Roundwood to form the Vartry Reservoir. This was completed in 1865 and was the first clean source of water for Dublin, replacing the canal water. There are several references to the Vartry in James Joyce’s Ulysses.

From a water quality point of view the Vartry has a catchment classification of good and indeed an overall quality rating of good, with some of its upper tributaries gaining high status and in 2016 a fish status of high was recorded by Inland Fisheries Ireland giving the Vartry one of the better overall ecological profiles of the rivers in Wicklow.

Despite these strengths the Vartry is often pressured by extremely low flows due to the water abstraction in Roundwood and sporadic pollution events which are often compounded by the low flow conditions. In late June 2012 the Vartry suffered a massive fish kill which affected the entire river below the reservoir in Roundwood. Vast numbers of fish were lost across all species and age classes, luckily invertebrate populations appeared to be minimally affected and an encouraging recovery was evident within 3 years.

List of other water bodies in the Vartry catchment:

Learn more about the Vartry: 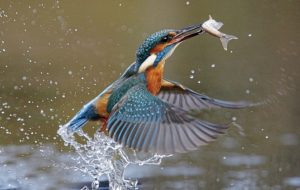 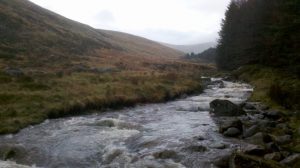